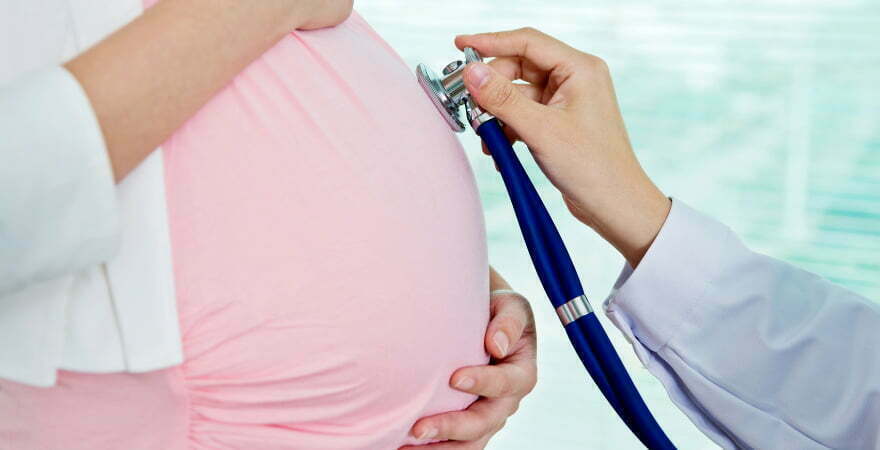 Obstetrics & Gynaecology is a branch of medicine that specializes in the care of women during pregnancy and childbirth and in the diagnosis and treatment of diseases of the female reproductive organs. It also specializes in other women’s health issues, such as menopause, hormone problems, contraception (birth control), and infertility An obstetrician is a doctor who specializes in pregnancy, childbirth, and a woman’s reproductive system. Obstetrics involves care during pregnancy, childbirth, and the postpartum period. Obstetricians provide pregnancy care for both the mother and the fetus—the unborn child.  Obstetricians help deliver babies at childbirth and then help mothers recover from the physical and mental strains of pregnancy and childbirth. Obstetricians do not treat health issues beyond pregnancy. Gynecology deals with reproductive health and the functions and diseases specific to women and girls. Gynecologists, focus on the health of the uterus, the ovaries, the fallopian tubes, and other organs of the female reproductive system
Caesarean section ( C-section )

The surgical operation known as a caesarean section, sometimes referred to as a C-section or caesarean delivery, involves delivering one or more babies through an incision made in the mother’s belly. This procedure is frequently used when vaginal birth would endanger the mother or the baby.

Obstructed labour, twin pregnancies, maternal hypertension, breech births, and issues with the placenta or umbilical cord are some causes necessitating the surgery.

Depending  on the mother’s pelvic shape or past C-section history, a caesarean birth may be carried out.

After the bladder has been drained using a urinary catheter, the skin of the abdomen has been washed with an antiseptic.

The mother’s lower abdomen is then routinely cut through with an incision measuring approximately 15 cm (6 inches). A second incision is made to access the uterus, and the baby is subsequently delivered.

The wounds are then sewn and the normal structure is restored.

During an abdominal hysterectomy, your uterus is surgically removed through a lower abdomen incision.

In a partial hysterectomy, the cervix is not affected; only the uterus is removed.

The uterus and cervix are removed during a complete hysterectomy.

In some cases, a total hysterectomy with salpingo-oophorectomy entails the removal of one or both ovaries as well as the fallopian tubes.

The laparoscopic or robotic surgical method, which uses long, thin devices passed via small abdominal incisions, can also be used to perform hysterectomies.

The actual treatment often takes between one and two hours. After an abdominal hysterectomy, it takes most women about six weeks to go back to normal.

During that time, make sure to:

After surgery, keep moving, but limit vigorous activities for the first six weeks.

Uterine fibroids, also known as leiomyomas, are surgically removed in a process termed a myomectomy.

These common benign tumours develop in the uterus.

Although they can happen at any age, uterine fibroids typically form during the years of childbirth.

The purpose of a myomectomy is to remove fibroids that are causing symptoms without removing the uterus.

A myomectomy, as opposed to a hysterectomy, leaves your uterus intact while simply removing the fibroids.

Most women who have myomectomy surgery report improvement from troublesome signs and symptoms such heavy menstrual blood and pelvic pressure and pain.

They can also have Fertility progress.

Within roughly a year of surgery, women who have laparoscopic myomectomy, whether with or without robotic assistance, have successful pregnancies.

It is advised to wait three to six months after a myomectomy before trying to get pregnant to give your uterus time to heal.

A surgery called dilation and curettage (D&C) is used to remove tissue from within the uterus.

Dilation and curettage procedures are carried out by medical professionals to identify and treat specific uterine disorders, such as severe bleeding, or to remove the uterine lining following a miscarriage or abortion.

The lower, narrow portion of your uterus is opened (dilated) during a dilation and curettage procedure by your doctor using small tools or a drug (cervix).

The uterine tissue is then removed by your doctor using a surgical tool called a curette, which can be either a suction device or a cutting instrument.

Oocyte cryopreservation, also known as egg freezing, is a technique used to maintain a woman’s reproductive potential by extracting, freezing, and storing her eggs (oocytes).

Over the past few years, oocyte cryopreservation has advanced significantly, improving the overall success of eggs surviving the freezing process.

The eggs are examined under a microscope to determine their maturity, and those that are mature are cryopreserved.

The preferred technique for cryopreserving oocytes right now is vitrification, which is accomplished by ultra-rapidly chilling the oocytes into liquid nitrogen where they can be kept.

These cryopreserved eggs are placed in a warming solution and evaluated when the lady is ready to use the frozen eggs to become pregnant.

The fertilised eggs will grow in culture until the embryo(s) are ready to be transferred into the uterus to produce pregnancy, usually 3-5 days following fertilisation, using intracytoplasmic sperm injection (ICSI), in which a single sperm is injected directly into the egg.

The lining of your uterus is surgically removed (ablated) during endometrial ablation (endometrium).

Your physician passes thin instruments through the opening between your vagina and uterus (cervix).

Depending on how the endometrium is abated, different tools are used. Extreme cold, heated fluids, microwave radiation, or high-energy radio waves are a few examples of techniques. Which endometrial ablation technique is best will depend on things like the size and health of your uterus.

The amount of blood shed during menstruation is often reduced after endometrial ablation, though the final effects may not be seen for a few months.

The majority of women will get milder periods, while some will experience period remission.

The uterus is surgically removed through the vagina in a technique called a vaginal hysterectomy.

The uterus is separated from the ovaries, fallopian tubes, upper vagina, as well as from the blood arteries and connective tissue that support it, during a vaginal hysterectomy before being removed.

An abdominal hysterectomy, which necessitates a lower abdomen incision, needs a longer hospital stay, higher cost, and a slower rate of recovery than a vaginal hysterectomy.

Vaginal hysterectomy, however, could not be an option depending on the size and form of your uterus or the cause for the operation.

During a hysterectomy, the cervix is frequently removed along with the uterus. A total hysterectomy with salpingo-oophorectomy occurs when the surgeon also removes one or both ovaries as well as the fallopian tubes.

These reproductive organs are all located in your pelvis and are all a component of your reproductive system.

It is painless and secure. It uses sound waves to create images of the inside of the body.

Another name for ultrasound imaging is sonography. It makes use of a transducer, a tiny probe, and skin-contact gel.

Through the gel and into the body, high-frequency sound waves flow from the probe.

The probe gathers the reflected sounds. These sound waves are used by a computer to produce an image. Radiation-free ultrasound examinations (x-rays).

The internal organs of the body can be seen in their structure and motion thanks to the real-time imaging provided by ultrasound. Blood may be seen flowing through blood vessels in the photographs as well. An embryo or foetus inside a woman’s uterus, as well as the mother’s uterus and ovaries, can all be seen on an obstetric ultrasound image.

An obstetric ultrasound examination may include a Doppler ultrasound scan.

Doppler ultrasonography is a unique ultrasound technology used to assess how materials move throughout the body.

It enables the physician to observe and assess the body’s arteries and veins’ blood flow.

The examiner may measure blood flow in the umbilical cord or, in some situations, the foetus or placenta during an obstetric ultrasonography.

A set of intricate treatments known as in vitro fertilisation (IVF) are used to help with fertility, prevent genetic issues, and aid in child conception.

In IVF, mature eggs are removed from ovaries and fertilised in a laboratory using sperm.

The fertilised egg (or eggs) is/are then transported to a uterus.

IVF cycles are completed in roughly three weeks. When these processes are divided into separate steps, the process can sometimes take longer.

The most successful type of assisted reproductive technology is IVF. The process is possible with the use of the couple’s own sperm and eggs. A known or unknown donor’s eggs, sperm, or embryos may also be used during IVF. A gestational carrier someone who has had an embryo implanted in their uterus might be employed in particular circumstances.

IVF can also be costly, intrusive, and time-consuming. IVF can lead to a pregnancy with more than one foetus if more than one embryo is placed in the uterus (multiple pregnancy).

In order to have a vaginal birth, labour induction, also known as inducing labour, involves getting the uterus to contract while pregnant.

For a variety of reasons, primarily when the mother’s or the unborn child’s health is a concern, a healthcare professional may advise bringing on labour.

How soft and enlarged the cervix is a key indicator of how successful an induction will be (cervical ripening). Another crucial factor is the baby’s gestational age, which can be determined by early, frequent ultrasounds.

Usually, a healthcare professional will advise labour induction if the advantages outweigh the hazards. Knowing the rationale behind and process involved in labour induction will help you be ready if you’re expecting.

RPS Hospital is one of the best gynecology hospitals in Chennai that is staffed with some of the city’s top gynecologists and is equipped to offer a wide range of surgical procedures. Find out more about obstetrics and gynecology treatments at RPS hospital.